I've been in a steady relationship with you since 2009.  We have five iPhones, two iPods, four MacBook Pros, three iPads, and a 27" iMac together, and I wont even mention the countless dongles, headphones, mice, and trackpads that we use every day to get closer with each other.

Unfortunately I need to tell you that I've started seeing others.  I guess it has been coming on for a few years now and you deserve to know why.  I think it really started when I got a shiny new 2014 MacBook Pro from work.  It was great, but your power cord kept falling out when I set you on my lap in a comfy chair at the coffee shop or when we have alone time at home.  I think it is because your old connector was slim, and fit snugly against your body while the slightest bump or movement disconnects the new one.  It was ok though.  You had a decent battery and it didn't distract me too much, but it planted a subliminal message that maybe you had flaws when you had been so perfect.

Then more doubts started to creep in when I unboxed my lovely Magic Mouse 2.  I opened the box and caressed it gently only to find it had an ugly orifice and growth on it's belly.

Something must be wrong.  I returned it to the store and they told me that was how it was supposed to be.  I said "no way".  My Apple wouldn't sell me a device that I couldn't use if it needed charging, and on top of that make me look at it's horrible dead underbelly while it charged.  No way!  I asked the genius, "Did the Apple Maps guy get promoted and start touching my hardware?"  He said he didn't know, but I thought that might be it, because the charging port is clearly in the wrong place.

Then it happened. I wasn't expecting it to happen, but my 2011 MacBook Pro died and I needed a new one.  I went to the Mall of America and started looking at the new model.  I touched your shiny new keyboard and I'll admit the new touch-bar implant was pretty at first glance, but it didn't feel right.  Something was clearly wrong.  Your function keys were gone, and replaced with implants that you didn't need.  You know I'm a developer.  I'm really good with my fingers and I just couldn't get used to touching the new you.  I tried for hours, but your touchpad is quite a bit bigger and while I know some guys like that, it kept getting in the way for me.  I don't even want to talk about the ports and SD card slot that you are missing.  It is a little too off-putting to get into detail here, but suffice it to say the Dongle Lifestyle is not for me. #DongleLife

Your neighbor across the hall at the Mall of America saw my weakness and beckoned me over to check out their new Surface Book.  I told them I was already involved, with Apple, but they let me touch their new Surface Book and that old feeling I had with you came back.  It felt right.  The power connector was slim and inline, the trackpad was just right and it had an au natural keyboard.  I know she is a little higher maintenance than you, and I can't do iPhone development with her, but I'm trying to look past that.  I'll still visit you when I need that XCode fix, but I just cant see you every day anymore.

I'll check you out again in a few years.  Maybe you can go back to your old self with some counseling, and understand that having a slimmer body isn't everything.  It's the big picture that matters.

👋 Welcome, it's great to have you here. My name is Jay Atkins and as you can probably guess I'm a huge Harry Potter fan, and a technical wizard of sorts. This is my

I'm not going to talk about SecureString in this post. This article is about an often overlooked aspect of development where you can easily leak information you didn't want to share.  In fact, 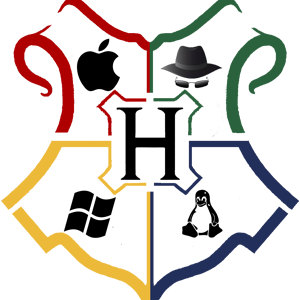 Defense Against The Dark Arts
—
Dear Apple,
Share this